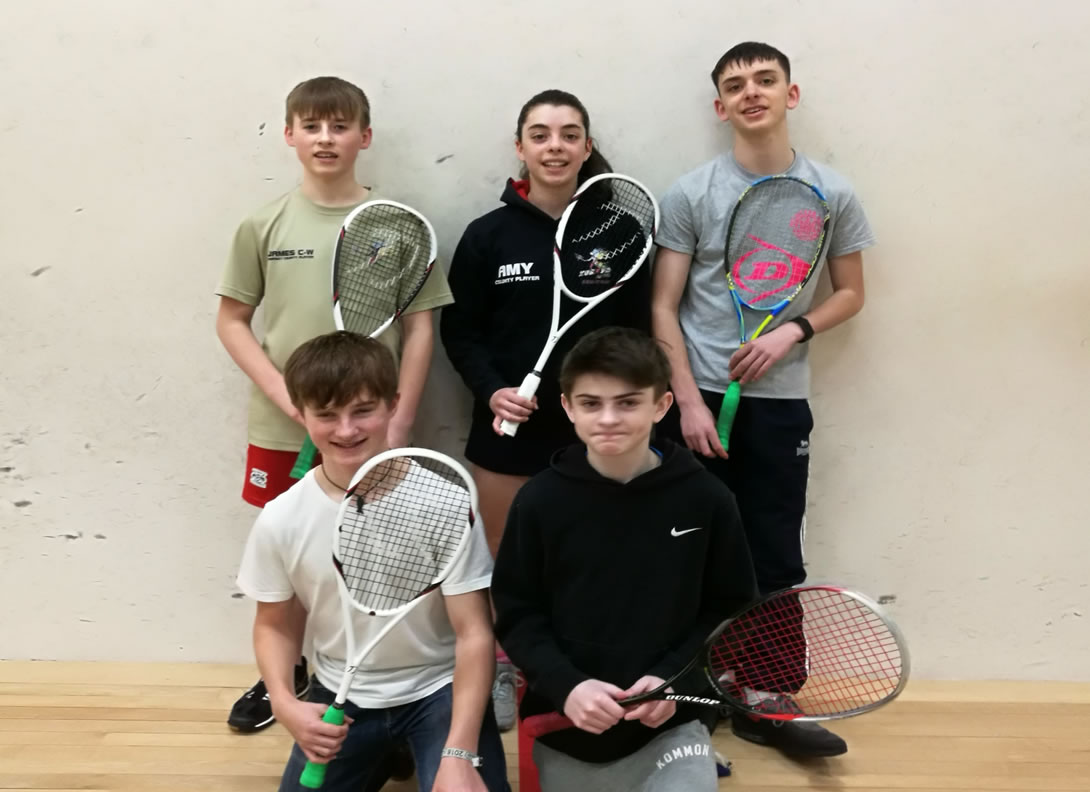 The Campbell-Wynters arrived on mass on the Friday night, making up 4/5th of the team! The team order being Luca, James, Amy, Noah and Craig Goldsmith completing the team’s line-up!

Their first match on the Saturday was against Lincolnshire, fortunately their number 1 was not playing, as he is the best on the country! They did also have a girl playing for them, but at a different number to Amy! Amy, went on first and managed to show the boys how to win, getting a good 3-0 victory! Next on was our number 1 Luca, whose prospects now were looking much better! And rightly so as he dispatched his opponent also 3-0! Just one more win now was required to beat Lincolnshire. Next on at 2 was James, who had their female star to play! This match turned out to be a bit tricky as James quickly went down 0-2 but was able to clinch the 3rd and then the forth! James was getting more stuck in, while Erin was getting more tired! James managed to sustain his efforts bringing home his match and securing Dorset’s first win as well! Craig at 5 was next on but hadn’t much match experience of late and was finding his way during the match but went down 0-3. Noah then went on last and too strong for his opponent, winning it 3-0.

Our second match was later on the Saturday, against Worcestershire. Amy went on first again but this time with an even bigger, hard hitting opponent lost the first game but raised her game to match him and was then able to dispatch him 3-1, getting the team off to another good start! Luca then did have a very highly ranked opponent and at 9-7 in first game should have won that first game, but it slipped away! That was the closest Luca got and went down 0-3. So, 1-1 in matches and James on! Some great squash played by James but a few too many mistakes and the match were lost 0-3! Craig then on, playing better but not good enough to get too close, losing out 0-3! So, could Noah now get a consolation win? Yes, most definitely! Noah came away with another win under his belt, but Dorset lost 2-3 to Worcestershire! Time for a good night’s sleep and Devon in the morning!

Luca went on first this time and this was quite possibly played the best squash of the weekend! Unbelievable squash from both of them, long rallies, unreal pickups, sublime winners, thoroughly appreciated by the audience! Every game went to the wire and Luca could have been 2-0 up but was 0-2 down! Went on to win the 3rd though but exhaustion set in in the fourth, losing 1-3. James then followed, looking like he had lost the first game but stubbornly stuck in there winning 13-11! More great squash but couldn’t quite get another, losing 1-3. Noah still unbeaten, we hoped he could do it again! And he did! His greater match experience pulled him through, winning it 3-0. Craig’s turn next, who was playing better! The games were a lot closer, the rallies better but not quite good enough to get game, 0-3. With the match lost now Amy went on, but maybe not as fired up as before and succumbed to her first defeat of the weekend 0-3!

Dorset’s U17’s player of the weekend would have to be Noah Campbell-Wynter with his unbeaten run of 3 out of 3 wins! Well done Noah!