The Dorset U17’s boys did have a secret weapon on this occasion, coming in the shape of a girl! But this team was a young team, Amy just lowering it more by being 13 yrs! It was also definitely, a bit of a family affair in having 4 Campbell-Wynter’s and David Offer making up the 5th player!

Our first match of 3 was that of Middlesex, where David Offer at 5 and James C-W at 3 went on first. These matches were to be the best of three and James had a close match but went down 0-2, while David lost the first 9-11, but won the second 11-8 and proceeded to go to wire, just dipping 9-11 in the third! Luca then went on to play an old revel! Luca was slow to start but second was very tight but a couple of unforced errors at the allowed Ben to win! Amy then went, she was a little rusty and her opponent a bit too strong on this occasion and lost 0-2, but Noah had a big tussle in his first game winning it 15-13 and then taking the second easier so got our first win! But an overall loss to Middlesex of 1-4.

Next opponents were Hertfordshire, they didn’t have any big names in their squad! This time all the Campbell-Wynter’s managed to get a win! Noah had the closest battle, winning it 2-1 and Amy winning at 2, showing how strong she is! James was pushed but won 11-8, 11-8; and Luca had a easy win! David though battled hard but did not quite do it going down 0-2. A good win by Dorset then of 4-1, reversing the loss from above.

Our last match then was against Essex and this time it was James in our opening pairs who fought the hardest, just going down 1-2; David also losing 0-2. Luca though went out to record his second win of the day 2-0! Amy played some great winners and ask some questions from a very strong number 2, losing it 0-2, Noah just lost the opener 10-12, and the second 4-11.

So, Dorset came 3rd out 4th on this occasion. Lots of good squash on the day and a big thank you for David for joining the Campbell-Wynter’s and his dad Harry for making that happen! 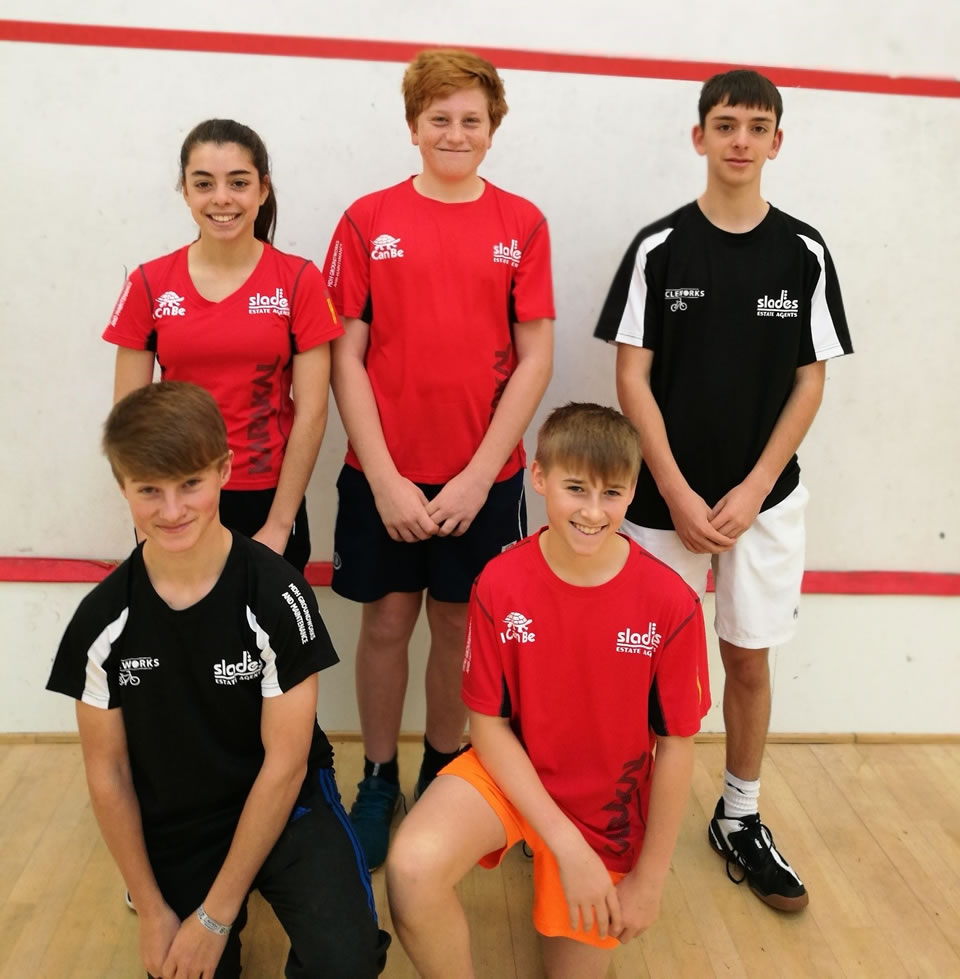 Amy, David and Luca at the back Noah and James, front.