The West Hants Club once again kindly agreed to host this event at the weekend 3/4th Feb, giving all competitors free use of their fantastic facilities, bar and restaurant, which I know they have made good use out of. Thanks again goes to Peter Elviss and Chris Cant for this.

With over 61 competitors and 125 matches to fit in over 2 days, it was going to be very busy for the organisers and players, especially those who had entered more than 1 event, we even had players who had entered 4!! 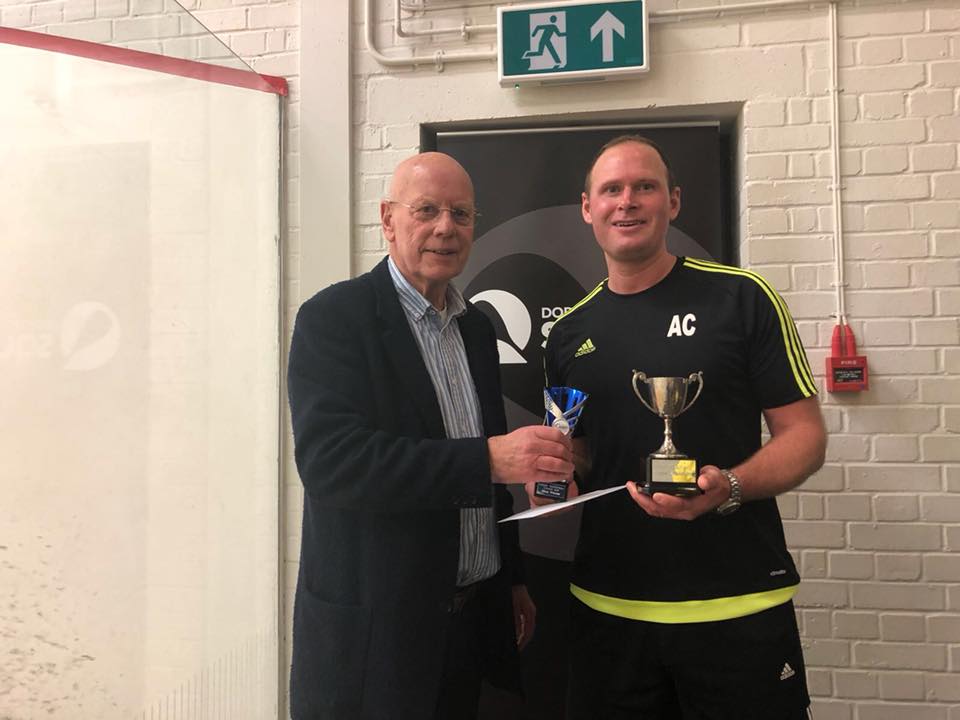 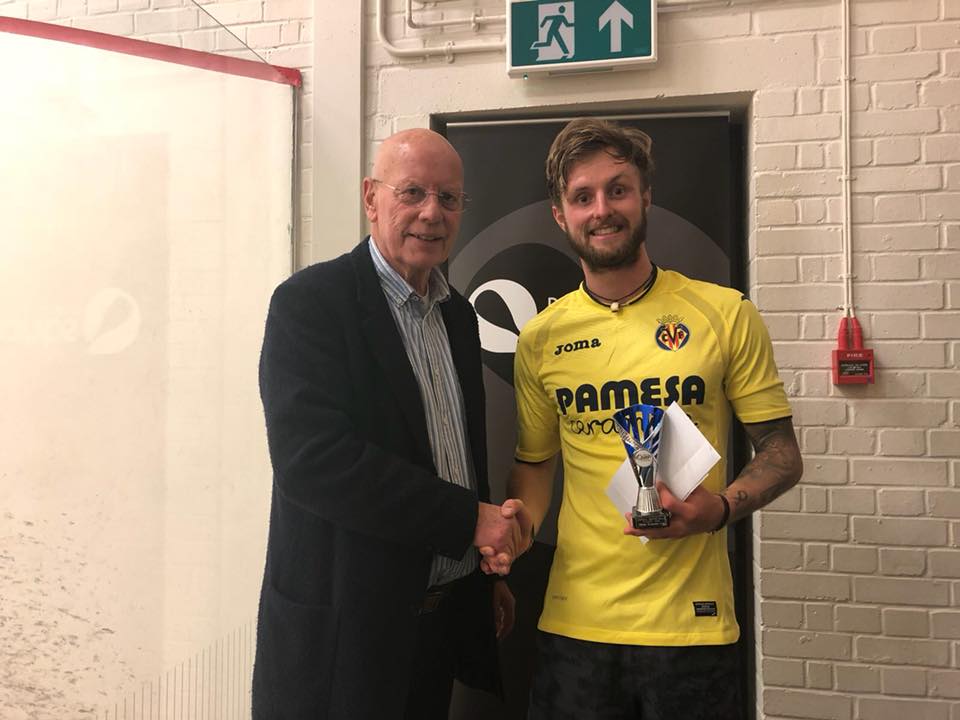 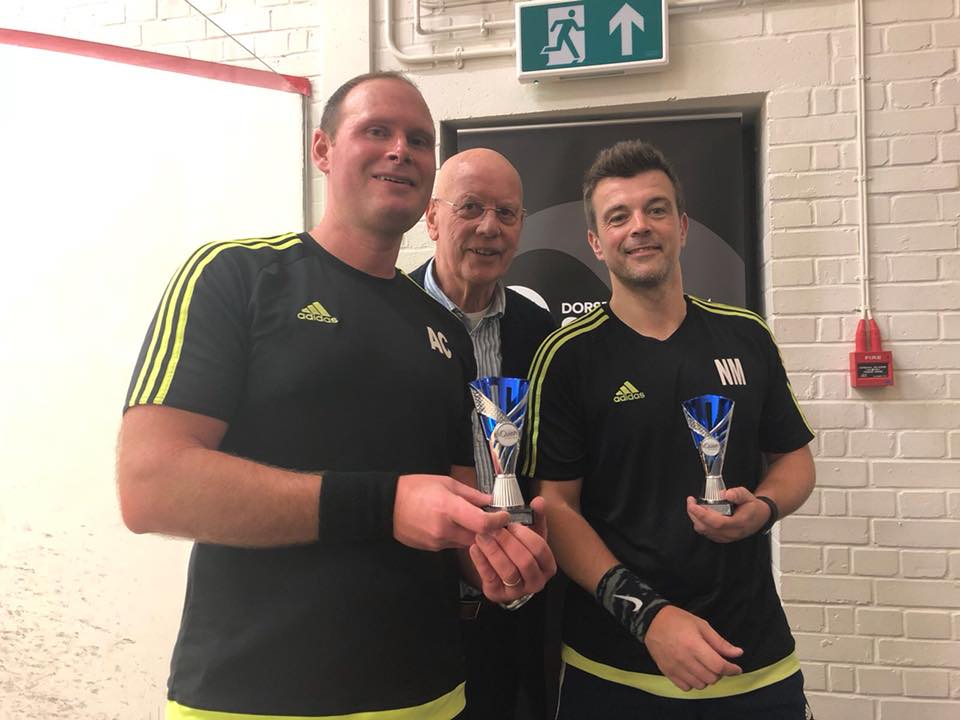 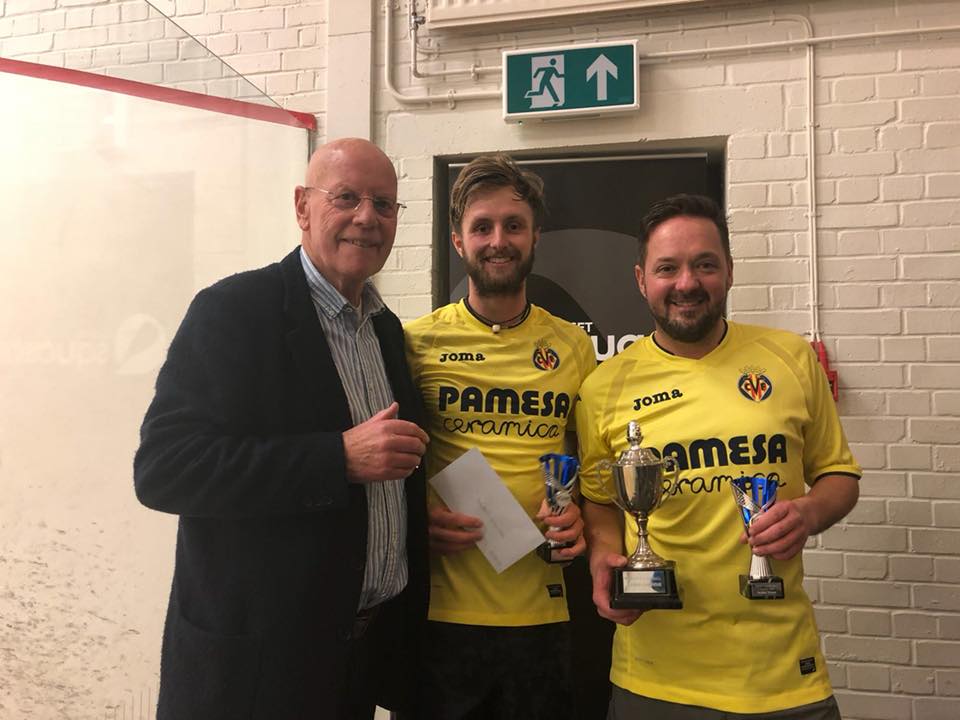 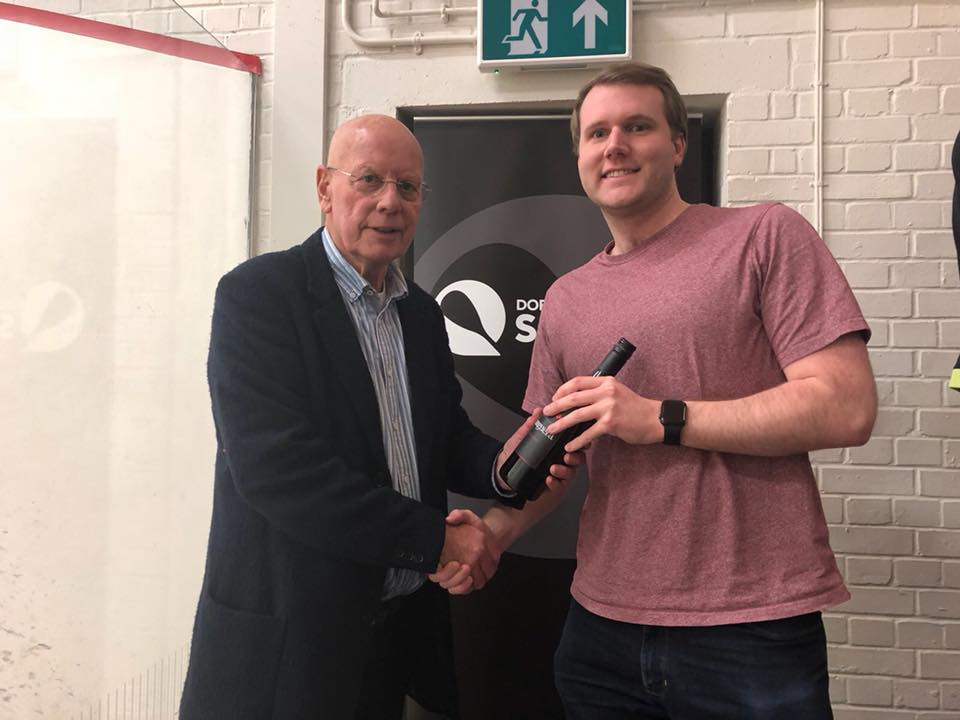 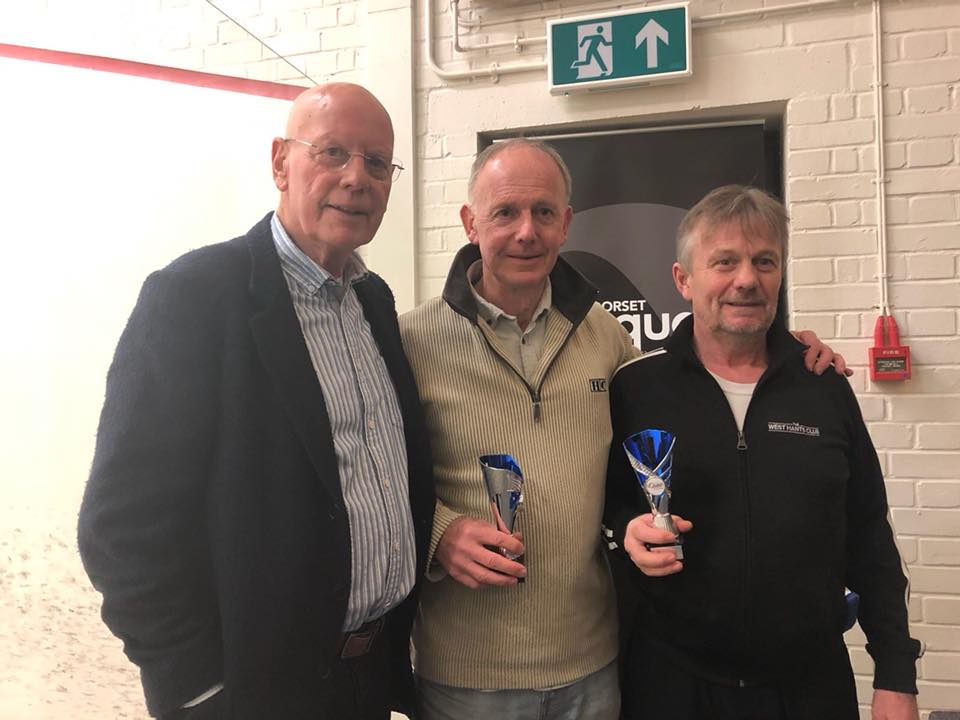 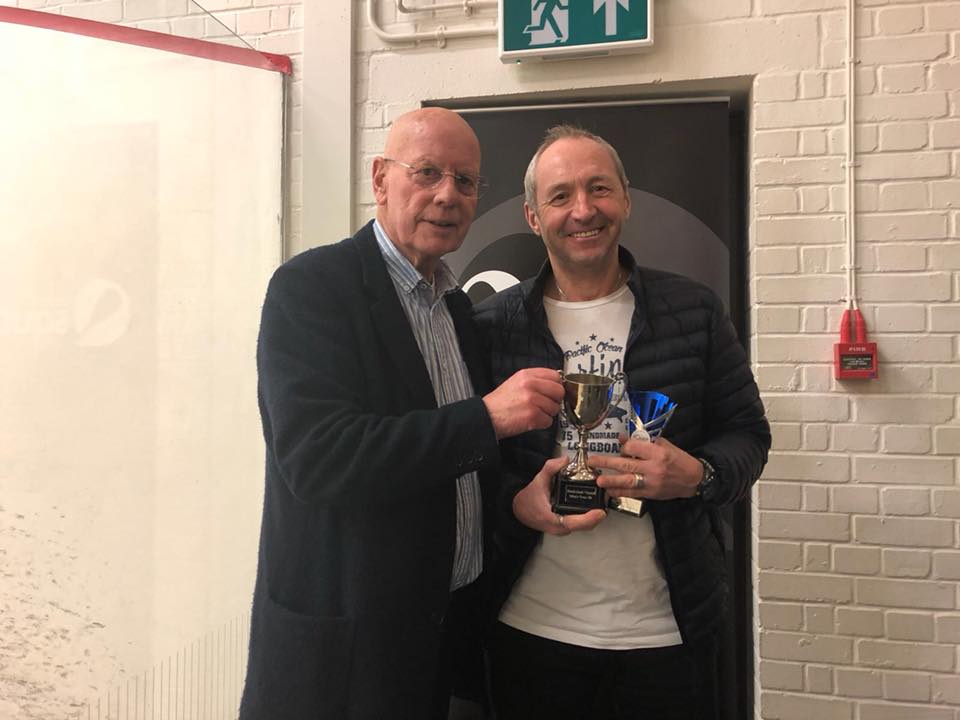 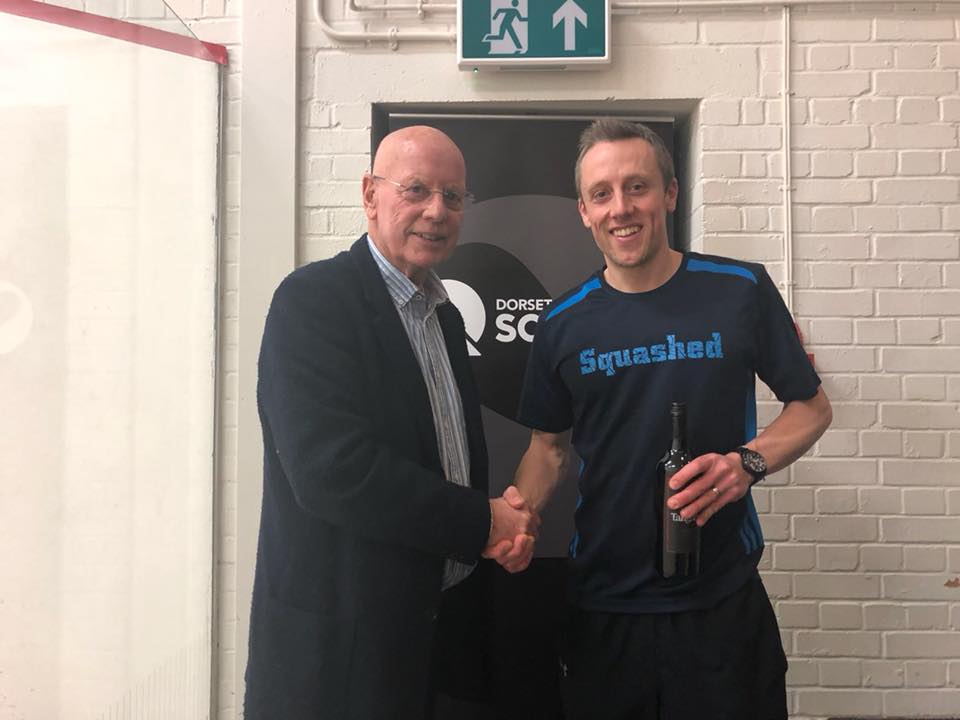 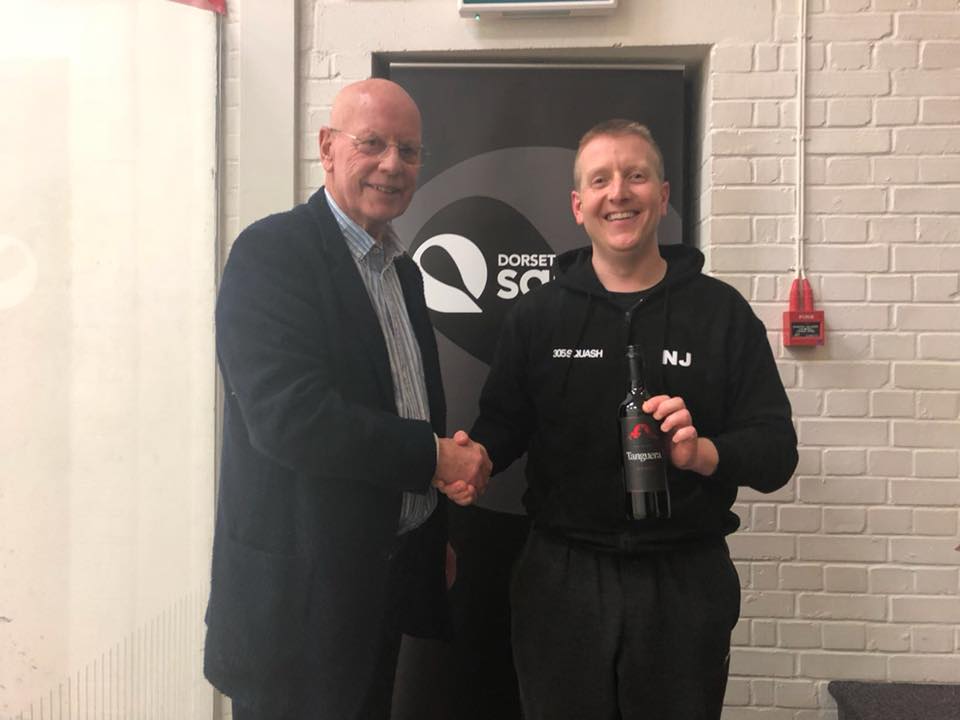 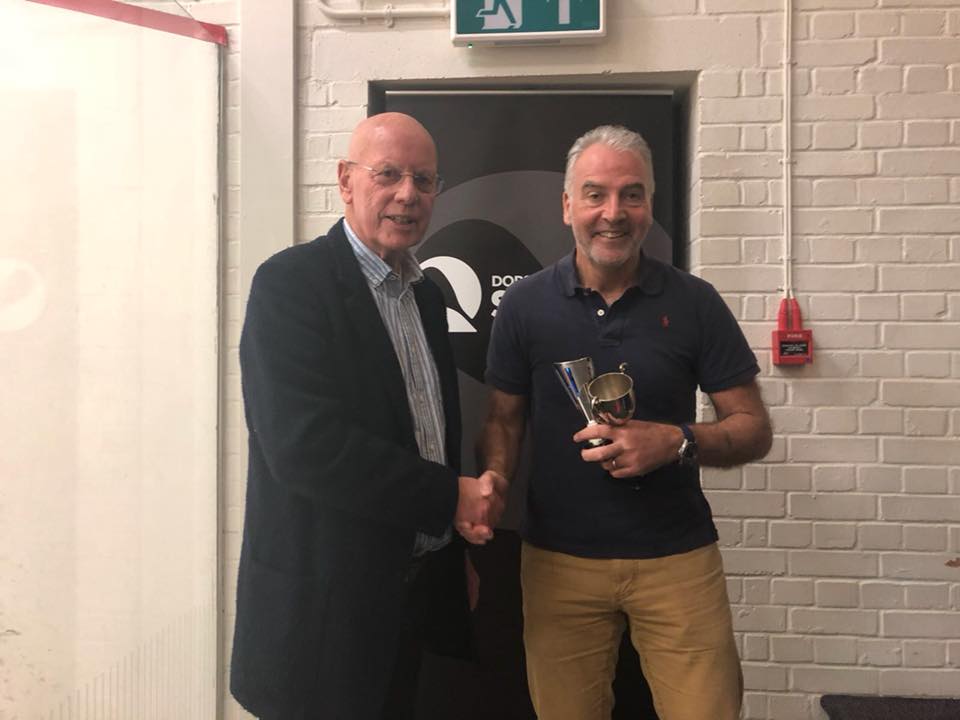 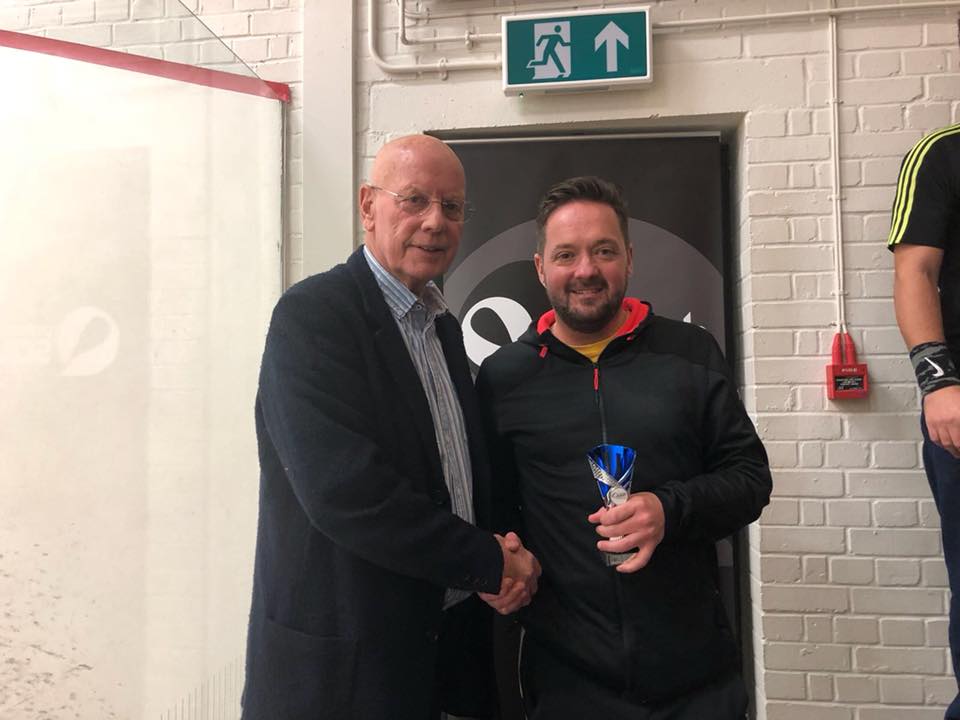 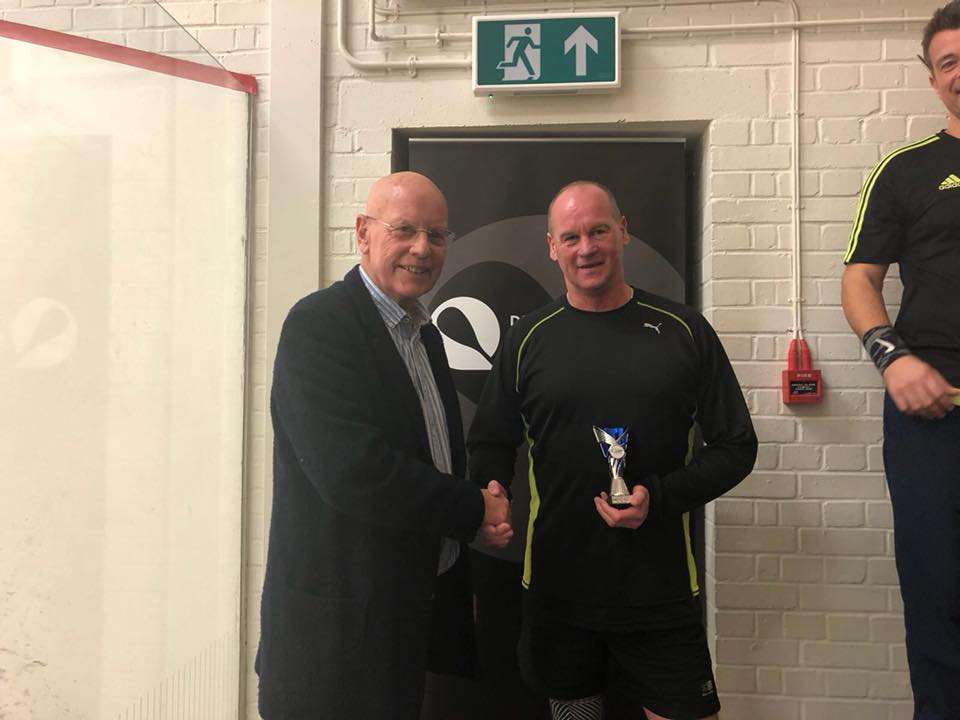 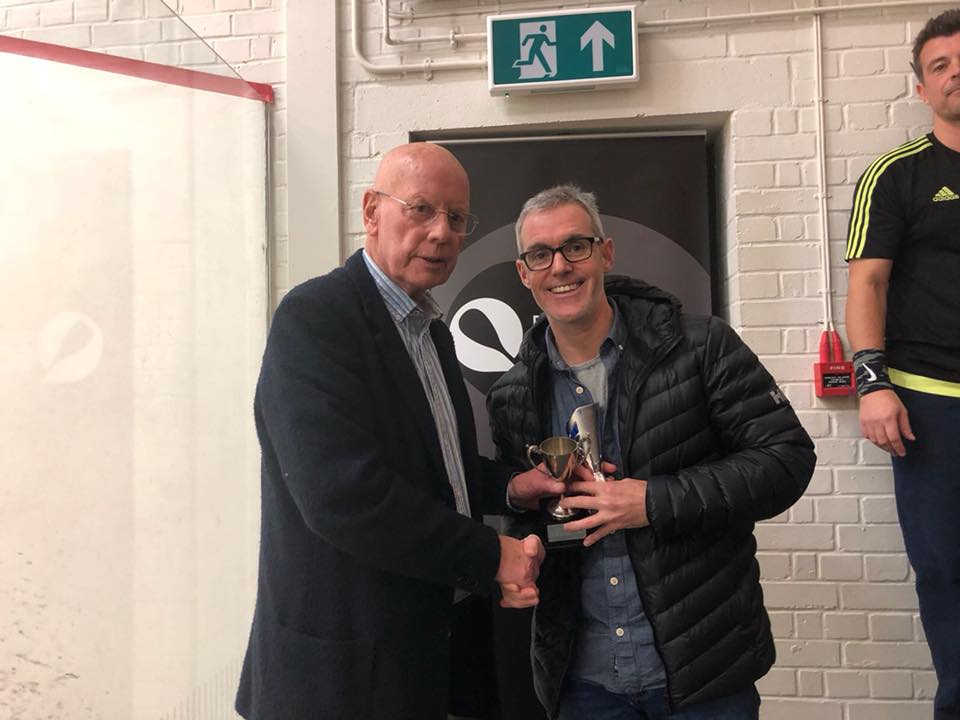 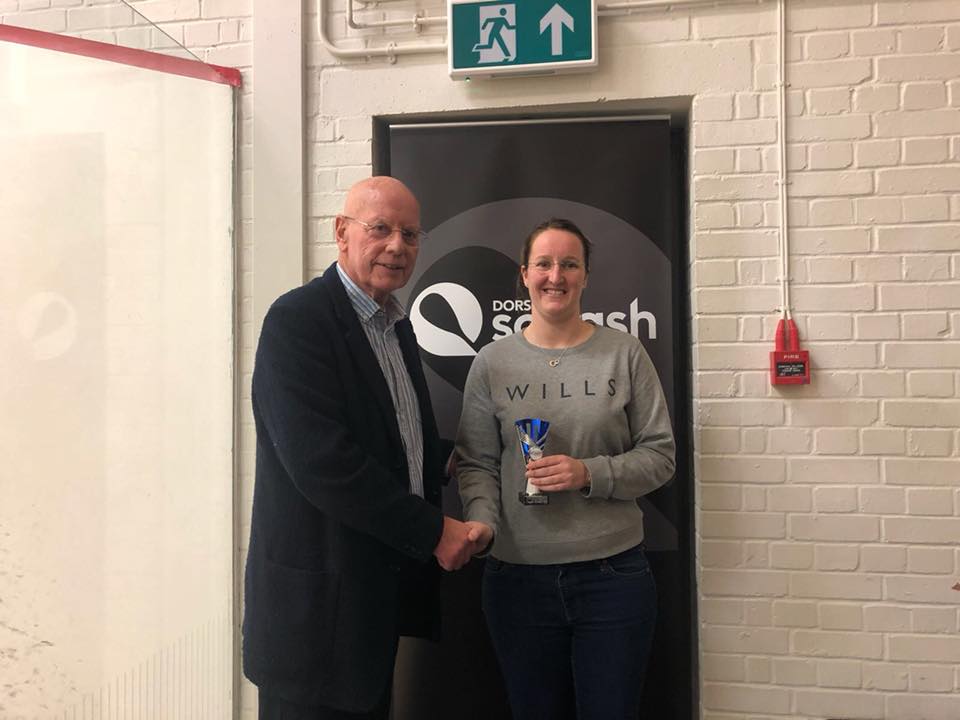 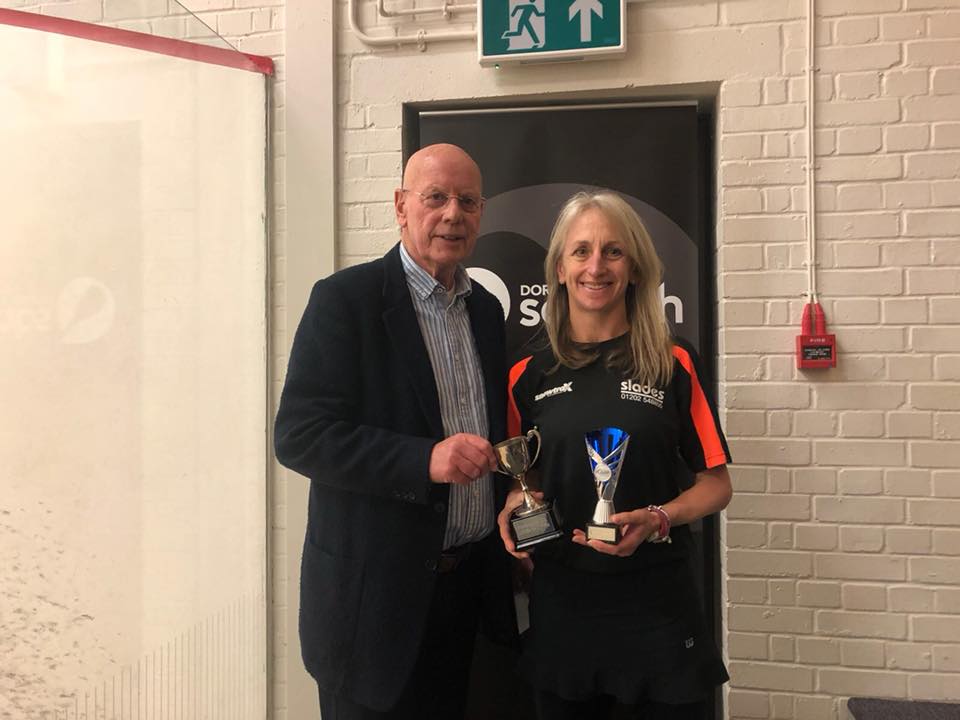 Saturday was by far the busiest day with matches starting at 10am and finishing at 7.30pm!! If the first round matches were anything to go by I think we may have wished we’d started on Friday night instead, as 3 out of the 4 first matches on the courts lasted over an hour, this added pressure to the scheduling from the outset, however this created a great atmosphere for the earlier round matches with loads of players showing support to fellow competitors.

Over the weekend there were many close matches which could have gone either way notably the Mens Final where after 4 hard fought games and Andy leading 10-6 in the 5th, Gus cramping but still managing to show that he wasn’t giving up with a fight and giving Andy a real scare once 10-10 was reached. After some epic rallies Andy Corben retained his title, however I am sure that Gus will finally get his hands on the trophy soon.

Over 40’s again had the biggest draw and this event had more 3-2 matches than any others. Austin Snelgrove playing in 2 epic, 3-2, hour plus matches in a row and still coming through to reached the Semi finals where after the previous days battles had taken it’s toll and Mike Ypes was too much for him to continue in the event. Ian Furness had an easier route to the final after Nick had an hour long battle with James Allingham, who will definitely be one to watch out for next year, Ian cruising 3-1 into the final. The final was set for a battle of the attacking player versus the defence player, Ian showed some incredible retrieving skills and the lack of fitness showed as Ian Furness restored the natural order.

Over 50’s was one way traffic with a few players missing meaning that Mark Hurd wasn’t troubled too much until the final where he faced Ian Frampton. Ian is new to racketball and showed great determination but Hurdy’s skill and shot making proved to much, winning 3-0.

Over 50’s doubles was a round robin event with the top 2 playing a final, however at one stage it was going to be a 3 way tie and we may have had to introduce a sudden death point scenario to get the finalist. Luckily for the organisers it sorted itself out. Keith Chambers and Graham Sayer proving too wise and court savvy for the Jersey pairing Richard Le Cornu and Mike Tait winning 2-1.

Over 60’s was again one way traffic with Clive Hickford retaining his title with a 3-0 win over Mike Tait from Jersey, however from what he was saying to me afterwards, he now knows the depth in ability in the older age groups and intends giving Clive a run for his money next year.

Doubles saw the same 2 pairings as last year fight it out in the final, however after the long singles final they decided to play best of 3. This did work well in favour of Gus and Mike Ypes, due to Nick and Andy not really getting started before it was over, 2-0 win for Gus & Mike.

Ladies final saw Debbie Hale taking on Bev Vatcher and without Vik Jarvis entering or any of the other county ladies, this was only really going to go one way. However Debbie had plenty of chances to take the first game but couldn’t pick the rights shots at the right time. Bev winning 3-0 in a much closer match than the score showed.

Some special mentions go to Andy Metcalf who worked tirelessly all weekend and proved that he could run this next year without any problems. Gus Bell and Dan Ralley sorting out matches & markers during the busy Saturday afternoon sessions, this was a huge help for me and much appreciated. David Williams for his support with marking and the presentations.

Jersey players coming over for the whole weekend and getting involved with everyone and hope they continue to support this event.

Thanks again to our sponsors Snowtrax activity Centre and Slades Estate agents as without their generous contributions, the quality of the event and t-shirts given out would be very less desirable and The West Hants for the use of their facilities.

See you all next year…..