The girls U17’s travelled to Wessex Squash Club in Swindon to play in the Inter Counties against Devon and SE Wales. With Eve Bailey starting out with a win against the Devon no 4, Lucy Hill had a tough battle at no 3 and narrowly lost in 3. Katie Martin-Davies, playing at no 5 had an exciting match winning 3-1. Georgia Fordham, had a tough county debut at no 1, facing Ruby Jarman who has a national ranking of 33. Although Ruby controlled the match, Georgia was tenacious and earned every point that she scored. With the score level, that left 13 year old Ellie Corben playing up at 2 facing 16 year old Faith Warren, who is, again, nationally ranked in the U17’s. Ellie battled hard but her opponent was just too experienced and Devon took the match 3-2. A great effort from our young and inexperienced team.

After lunch the girls faced SE Wales who had earlier in the day comprehensively beaten Devon, just dropping one game at string 1. The girls went on court and fought hard for every point. They played with determination and a great spirit, never giving up. Well done girls! 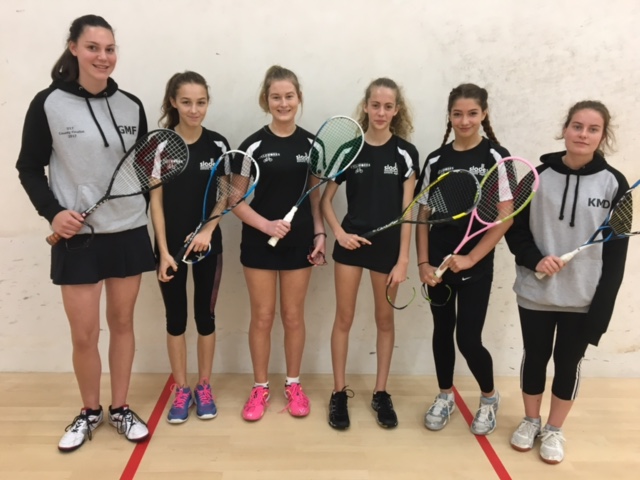